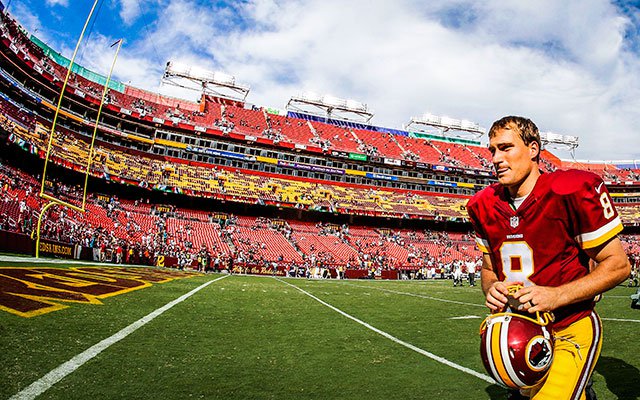 Week 3 is upon us and the Raiders have already figured out a way to go 0-16.

Here’s a super in-depth look at my week 3 NFL Picks.  I mailed it in after the first 6 games because I don’t get paid to do this like Michael Schottey does.

This has a chance to be the biggest snooze-fest in NFL history. I hate both of these teams and Thursday night football as a whole. The only thing to keep an eye on is the #toughness the Falcons bring to the field week in and week out. Oh and Julio Jones is gonna eat, probably.

I’m going with the Falcons because they’re at home in a dome and that’s about the only place Matt Ryan doesn’t shit the bed.

Keep in mind, both of these teams are 1-0 after winning or losing the week before.

The San Diego football Chargers (What?) are coming off a big win against the defending champs in a game where Richard Sherman got bodied and took his whiny ass to the twitter streets to defend his credibility. The Bills somehow managed to pull off a win last week against the Dolphins even though they continually tried running with 7 or 8 in the box. Apparently Sammy Watkins isn’t a bust like ESPN had wondered after 2 preseason games.

Forget about all that shit though. This is Ladarius Green‘s breakout game and you fucking know it.

There’s only two things that come from Texas. Steers and Cheers.

Okay the cheers only come after a Dallas Cowboys, Miami Heat or Boston Red Sox win. Coming off  a 26-10 victory over the Titans, the Cowboys want to keep the momentum alive as they travel to a city best known for a monument that represents people leaving their city. Whew.

Meanwhile in the most unwatched sporting event in recent history, the Rams kicked 4 field goals to beat the Buccaneers.

None of that shit matters because Kirk Cousins DA GOD is here to stay.

LOL JK. He sucks and so do the Redskins. The Eagles are gonna take a proverbial dump in Jay Gruden’s soup this week and any other week following this one.

This is exhausting. People really do this shit for a living? Not all of us are as talented and motivated as Michael Schottey.

Both of these teams are either 2-0 or 0-2. The buck stops here on that nonsense as the Giants pull off a last second hailmary that is flagged for pass interference and whoever the fuck kicks field goals for them will do just that, for the win.

Matt Cassel brings his 1-1 record into the Mercedes-Benz Superdome to face the 0-2 Drew Brees led Saints. If I’m factoring QB wins into my predictions, Id have to go Vikings but since I’m not a total fucking idiot that puts any value into a QBs W/L record, that wont be the case here.

All this “who’s beating who” talk is fitting considering Adrian Peterson is ruining everyone’s fantasy leagues by beating the actual living shit out of his kids. Does anyone have a final count on how many 4 year olds this guy actually has?

The Titans looked like shit last week against the Cowboys. Things wont get any easier this week as they face a much better defense and Andy Dalton. The Bengals are quietly a really good team that could give the AFC a run for its money if they stay healthy.

As much as I adore Jake Locker, I’m going Bengals in a tight one. Stop wondering if I’m gonna give out score predictions, I’m already bored out of my mind with this.

This is already a tight divisional game as the Browns look to be taking things serious for the first 2 weeks of the year.

With that said, I’ll take the Ravens now and for as long as Steve Smith Sr. keeps playing  like Steve Smith Jr. to be completely honest.

This is the kind of game that makes Chip Kelly hard as rock. Tons of offense, no defense and a hotel room in Detroit.

I’ll take the Packers to score more points than the Lions.

The Jaguars still suck and so do you.

Andrew Luck will have a tarp on this game by the start of the second half. He will finish watching the game from the comfort of a swimming pool on those new scoreboards.  Maybe the Jags will be losing so bad that they decide to save Chad Henne from injury and play their backup, Blake Bortles? Who knows.

The Raiders have already lost this game and they don’t even play until Sunday.

The 49ers are still trying to rebuild after trading away their franchise QB Alex Smith to the Chiefs for just two second rounders and a pat on the tush.

I’ll take #BirdGang in this one because Jinx lives in the same state.

The Broncos win because I hate Richard Sherman and that stupid fucking 12th man bullshit. Whatever.

This will be the 3rd straight game that Alex Smith enters as the worst QB on the field. None of that matters. Alex is coming off a tough, hard-fought and gritty performance against the Donkeys of Denver. His WRs either couldn’t or wouldn’t make enough plays to help him win the game so they lost, but it wasn’t his fault.

This will also be a battle between Branden Albert and his replacement Eric Fisher. Who will have the game winning block when it matters the most? Who knows. Probably wont be that huge pussy from the MAC though.

Dolphins win because John Dorsey is a same sweatshirt wearing asshole. That’s not Alex Smith’s fault either for those of you keeping score at home.

Editors note: I still haven’t picked the Chiefs to win a game.

The Steelers are fresh off a raping from Baltimore. The good news is, they will have had 10 days to heal up before hitting the field against the Panthers.

Even with defensive end Greg Hardy placed on the commissioner’s naughty list, I’m taking them over the Steelers because most Steelers fans are douchebags and I want them to be really upset.

For as long as the Jets have a player named Geno Smith, I’m taking them to win all the games.

Ftbl Savages
This shit’s important, so they say.
http://www.footballsavages.com

This shit's important, so they say.