In light of Lane Kiffin being announced as Alabama OC, I thought I’d dredge this photo of one of his former QBs up: pic.twitter.com/jkmfLBHEdm

I really hope this intern gets a promotion and not fired (h/t @mike_e_kaye) pic.twitter.com/EyjFtD6HAP

So…I’m playing in a donkey basketball game to raise money for my old high school. Any donkey riding tips?

Teddy is not a nuclear reactor RT @chris_broom: Dilfer just said on SVP that Bridgewater’s “body just doesn’t output a lot of energy.”

My first NFL draft w/ ESPN, we had to cut out of Round 2 for a tractor pull. Perspective…

@JoshNorris Josh Norris’ opinions do not reflect those of his employer.

Is it wrong to write this? Seantrel Henderson Weaknesses: Doesn’t seem to give a shit

Bc if i did you’re girl would be absolutely distraught. You should thank me if u care abt her RT @MooseOnTilt: @JayGlazer why won’t you die

Ivy League on the streets, but SEC in the sheets.

Drink and don’t stop. RT @ByMMartinez: Any words of advice to those of us writing for websites?

Football is almost here. Time to dump your boy/girlfriend and embrace your true love.

If you dating a Hispanic chick and you get called by your first name in Spanish, cancel your plans for the night & probably life.

Getting Eagles towels for college. Likely means they won’t cover anything but I’ll score early and often.

University pronounced backwards sounds like “it is revenue” #OBannonVsNCAA

legendary comma use RT @CBSNews: JUST IN: President Obama to deliver remarks at 4pm ET on the situation in Ferguson, Iraq

Everytime Hageman forms a sentence in his head is an adventure

This goes out to my haters. pic.twitter.com/T15aBFp6fg

@tclessard sorry bro, was too busy looking at your sweet pic in the tank to get my grammar straight. Keep kicken ass

So if you wonder why Team X is above Team Y even after Game Z, it’s because this is college football, and our totem is a torn-down goalpost.

This CLANGA princess on the Gameday Snapchat is ready https://t.co/4NQysH7RQR (HT @GarrettMcInnis)

Wait. Christian and Sam Ponder met online? Keep sliding into those DM’s guys. Anything’s possible. Be an NFL QB too.

After you listen to lifestyle one time https://t.co/V52LH4QoTj

Yo RT @davenanni: Doug Marrone Jan ’13/Oct ’14. That’s some hard living being an NFL coach. Or is it just the Bills ? pic.twitter.com/sei9pjOXFy

Oh is that all RT @JeffRisdon: Vegas is great for kids. Seriously. Just have to avoid the hooker leaflets and drunken bachelorette parties.

I could tweet “Just lost everything in a house fire” and the first reply would be “Cooks Hill Crabtree Sproles in flex .5 PPR thx.”

When u try to act grown but you have the takes of a 4 yr old pic.twitter.com/a0zIC0kU0R

Watch a Jaguar game and tell me we don’t deserve medical marijuana.

There will only ever be 1 Beast Mode (h/t @BarstoolU)… pic.twitter.com/920AXPZOxu

I couldn’t find that Vine, but some SportsCenter anchor compared Tom Brady to A$AP Ferg once, apparently. https://t.co/GD3R12wIW3

All these hot takes this morning got me like pic.twitter.com/SQuRzK9mt4

Just tried pouring champagne in to a cup on my ass.

@RapSheet Hey ian..we blazin up in the parking lot D..Come smoke a victory blunt with us homie

Let us not forget the classic, Andy hitting on his cousin. Didnt even hop in them DMs. pic.twitter.com/EjZyTwG2Qn

Chip Kelly again on why he wasn’t interested in the Florida job: “I don’t think our pro offense would work at the college level.”

me: “sometimes i think up tweets in my head but i just keep em to myself” dan: “those are called ‘thoughts'”

Batman is proof that wealth overpowers all, even in a universe full of mutants, aliens, wizards and Superman

Scooby Wright III…There are 2 more of them.

First the speeding ticket, now this? What a hooligan #GoDucks pic.twitter.com/lgeJaGMsTd

Bryce Petty on Baylor playoff chances: “That question is above my pay grade. All I’m not paid to do is play.”

EPIC RT @YourFavoriteZoe: Hennessy will bring the truth out pic.twitter.com/SHIrV6TKCp

Oh I don’t know… RT “@Bflo44: @RuiterWrongFAN And why would we listen to a coach no longer in the league?” pic.twitter.com/TXfAUAceL0

why would anyone think people are emailing nice things about them

if they hack group text, god save us all

Dan Mullen wins everything with this sweater. RT @CoachDanMullen: Merry Christmas from the staff party. pic.twitter.com/NKgr9XvLMn

Bo Wallace is the QB from 22 jump street.

RT @AyMoc: Girls can love Ryan Gosling all they want, but let’s not forget he was an absolute liability at cornerback in Remember The Titans 2 Mugs Beer of The Month 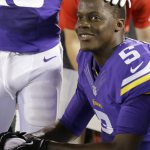