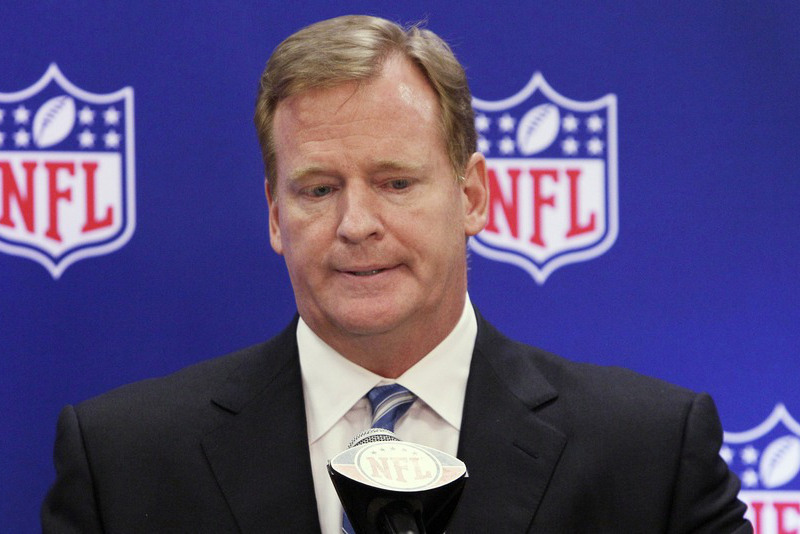 Peyton Manning, after watching the reigning, defending World Champion Seattle Seahawks walk down the field and score the overtime ending touchdown on the first drive of the extra period, went on to complain about the NFL’s overtime rules or something like that, saying that things need changing. Well Peyton, as much as I hate everything you’ve done to influence the game of football’s direction from everything it once stood for, I have to agree with you, the NFL does need to change some things for the betterment of the game. It’s just logical that the game that has stood the test of time and grown immensely over the past decade has to keep evolving to make sure that fans don’t feel shortchanged and have the best experience possible.

I just don’t think that answer is the overtime rules.

Nor do I think that the game needed more defensive holding calls to make finesse offenses run at even higher levels of synchronization and lower levels of physicality.

This isn’t the time and the place to discuss pick plays on offense, which are so incredibly against the spirit of the game and a really pathetic way to essentially pad your passing stats with glorified running plays.

This is about an issue much bigger than all of that. This is something that has plagued the game for all too long.

It’s time for the NFL to abort their horrific uniform rules and let the players be great.

(Does the PFWA give out awards for the best bait-and-switch articles each year? What about PFDWA? Shit, at least put me in one of your year in review slideshows on the report.)

For far too long, wide receivers and running backs have been restricted to much less marketable numbers than their pass throwing counterparts, and I really think that’s a huge influence in why the league has become a glorified 7-on-7 showcase, led by 20 million dollar a year nerds who are afraid to throw the ball down the field because their agent says completion percentage is the way to get that next huge check. Meanwhile, the only reason a decent percentage of people know who starts at running back for half of the teams in the league is their fantasy football writer called them a sleeper before the season and they might have them on their bench.

In a league that is so big on branding, they really don’t get how aesthetically pleasing single digit numbers are on skill players. Imagine if Percy Harvin was out there carving up defenses in a clean #1 jersey. I feel as if Reggie Bush would have been one of the most popular players of a generation if he could have started off his career in New Orleans in a clean #5 jersey as opposed to the clunky, double-digit #25, but the antiqued rules refuse to let that happen. Somehow, Devin Hester was able to find a loophole and wear #23 even though his position was “wide receiver” and look how well that turned out?

Why do these rules still exist? I understand the offensive lineman one, because of ineligible receivers and things like that, so why not just limit everything from 60-79 for offensive lineman (and allow defensive linemen full reign over their jersey numbers) and just kind of have guidelines for certain positions so things don’t get too ridiculous? We aren’t in 1997 anymore, no matter how much some people in the NFL world try to believe. If asked why this jersey number rule exists, these dinosaurs would say things like “that’s just how things are” or “because, that’s football” or, my favorite, the “because it helps the fans know what position someone plays” argument. (Which, since you asked, is my favorite because positions aren’t concrete facts, but now more loose suggestions, and schemes have such different definitions about positions.

There are people who are paid to talk about football who think 3-4 OLBs and 4-3 OLBs have the same responsibilities on defense. They are our generation’s “the forward pass is a fad” morons and we should laugh at them because twitter gives us a public forum to do so.)

It’s your move, NFL. The argument has been laid out and, as far as I’m concerned, there is no better way to rebuild your public image than let your skill position players be great and wear dope numbers.