Week 10 was as exciting as many expected it to be. Four of last week’s top ten lost in exciting matchups. #6 TCU took care of business versus former #7 Kansas State. Texas A&M made a statement to last week’s third ranked Auburn and the rest of the SEC West that they are not an easy win and they can still score points in bunches. Michigan State went down to the Ohio State Buckeyes, who are looking more and more like a team that the national media outlets will propel to the final four.

And finally, the second biggest bluff team in college football went down like a sack of potatoes (we’ll find out who the biggest bluff is a bit later). Yes, former #10 Notre Dame traveled to the desert to take on #9 Arizona State, and the Fighting Irish showed their true colors. I mentioned last week that in the past, November has provided college football with the most excitement, and this year certainly looks to follow that trend. I am changing the format slightly this week.

I’m going to rank the top six teams in the country, so that I can share my thoughts on the first two teams out.

There isn’t much to say except that the Bulldogs did what was expected of them when they played the Tennessee-Martin Skyhawks. The final score was 45-16. One has to question why teams from major conferences schedule sure wins this late in the season, as it doesn’t really help build their postseason resume. There’s nothing we can do about it though.

While they do have one loss (to the current #14 Arizona Wildcats), the Ducks have a better resume than Florida State Seminoles, who were briefly alluded to earlier as the biggest bluffs in college football.  Anyway, Oregon is led on offense by Heisman front-runner Marcus Mariota. Mariota may not fit the typical mold of an NFL quarterback, but after this season, he will surely be the first signal-caller off the board next April (or is it May now? Who the hell knows?).

Mariota is one of most exciting players in the nation this year, leading the Ducks’ offense using both his arm and his legs. Mariota truly represents the dual-threat that can cause trouble for opposing defenses at any point in the game.

While the Seminoles remain undefeated, the committee obviously isn’t satisfied with the quality of their opponents, or the manner in which they are beating said opponents. Florida State has been losing at halftime quite a few times this year, only to be brought back in to the game by their subpar opponents’ careless mistakes and miscues. Not to mention that “Famous Jameis” certainly looks the part of the immature, strong-armed quarterback coached by Jimbo Fisher, and we all know how that story ends (JaMarcus Russell). The playoff is supposed to be the best four teams in the country, and the expected ACC Champion simply is not a top four team.

The Committee is beginning to realize that, but all we can hope for is for one of the two underachieving teams from the state of Florida (University of Miami/University of Florida) can knock off the Seminoles to save us from the misery that would accompany them to the CFB Playoff in early January. Realistically, Florida State will probably win out, get into the playoff, and then shit the bed versus the first real competition that they will face all year. 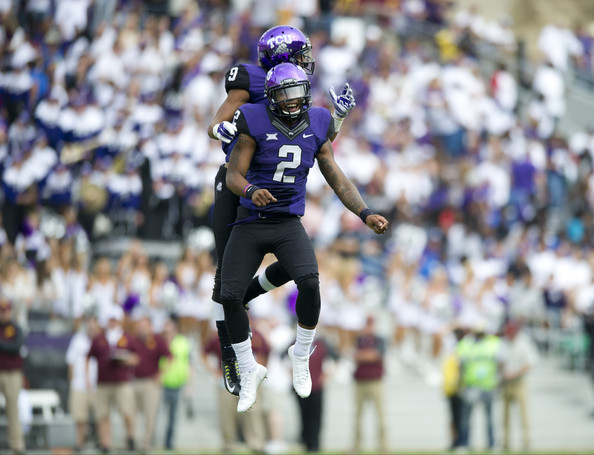 This was the biggest surprise when the rankings were revealed last night, but this ranking really shows the Committee’s thought process at this point in the season. TCU’s only loss came earlier in the year to the #7 ranked Baylor Bears, yet TCU is ranked four spots ahead of them. If both teams continue to impress and win the rest of the games on their schedule, there will be controversy. TCU comes in ahead of Baylor this week because of how easily they handled last week’s #7 Kansas State.

I believe that the manner in which they won this past weekend pushed them ahead of #5 Alabama. It is necessary for us to remember that the College Football Playoff Committee’s job is to rank the teams based on the season to date, so Baylor may have a chance to leap frog TCU if they can beat Kansas State in their season finale December 6th. Also of note, TCU quarterback Trevone Boykin is quietly getting into the race for the Heisman trophy with his excellent play over the last month or so.

The Crimson Tide are hitting their stride at just the right time, because #1 Mississippi State is coming to Tuscaloosa this Saturday for a heavy weight fight. The Crimson Tide are favored by the bettors by 6 points at the time of this writing, but, in my opinion, that is only a product of home field advantage. These two teams will be trading punches all night, and don’t expect an early round knockout. Alabama head coach Nick Saban recently compared Mississippi State quarterback Dak Prescott to Tim Tebow, and while most laughed and scoffed at his comparison, I agree with it from a collegiate perspective.

We can’t forget that Saban knows exactly what he’s doing, because after his remarks, the pressure shifts to Mississippi State, specifically Dak Prescott. It goes without saying that the winner of this game has the inside track to win the SEC, which essentially guarantees a playoff bid.

We all owe the Sun Devils a round of applause for extinguishing the hopes and dreams of the Fighting Irish and their fans. Had Notre Dame finished the season with only one loss to fellow bluff team Florida State, then we all would have had to put up with the idiotic argument that is “well Notre Dame lost on a bullshit play versus the best team in the country.” We should all be thanking Arizona State (and Notre Dame quarterback Everett Golson) for sending the Fighting Irish packing to the plethora of 7-2 teams that are basically eliminated from playoff contention. Even though they already beat four out of the five top 25 teams that they have already faced this season, Arizona State is nowhere close to being finished with their resume.

The Sun Devils need to be careful not to overlook the two games prior to their regular season finale on November 28th, when they take the bus trip across the Copper State to take on the #14 Arizona Wildcats. Assuming the Sun Devils win out to finish the regular season, they will surely take on the #2 Oregon Ducks in the Pac12 conference championship game. The winner of the Pac12 conference championship will be a shoo-in for the final four. 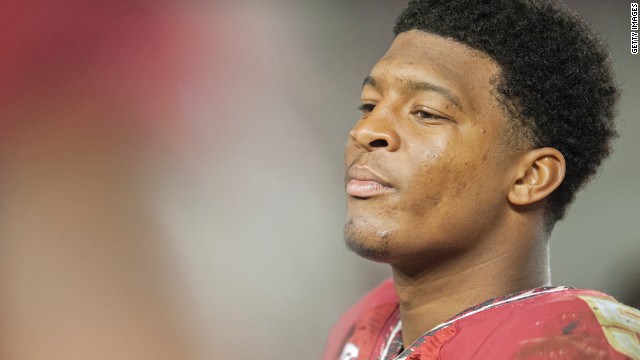