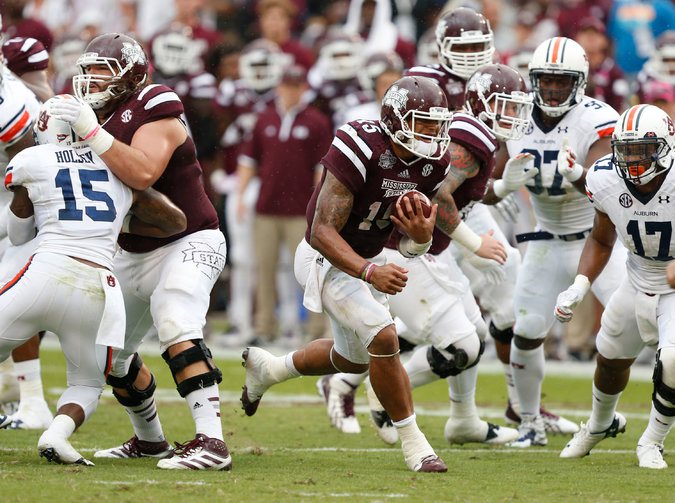 Week 8 has come and gone, and the top four teams in the country has changed again. The Baylor Bears were upset in Morgantown by an unranked West Virginia team led by Clint Trickett and Kevin White. White is one of the very best wide receivers in college football this year, and this past Saturday was his coming out party. Three of the teams from last week’s top four return, but there is a familiar face coming in to the final spot. Let’s see who it is.

The Bulldogs had a bye this past week, and this week they head to the Blue Grass State to face Kentucky, a surprising contender in the SEC East.

The Seminoles just barely got past the #5 Notre Dame Fighting Irish on Saturday in what was an exciting match-up of two top five teams. This is by far the toughest game on the Seminoles’ schedule until the playoff. Florida State could probably finish undefeated and still end up as a #3 seed behind two teams that have a much tougher schedule.

One still has to wonder if Jameis Winston finishes the season, especially with the upcoming legal issues. CBS Sports reported over the weekend that Winston has already decided to declare for the 2015 NFL Draft, so he may not want to risk injury or more legal issues at Florida State for much longer.

The Rebels showed why they have the best defensive unit in the country on Saturday, putting on a display of dominance against Tennessee. The Rebels’ pass rush was ferocious, producing 7 sacks. Freshman defensive end Marquis Haynes accounted for 2.5 sacks himself, and he figures to be a nightmare for SEC quarterbacks over the next few years. However, the star of the defense has to be senior defensive back Senquez Golson. Golson now has seven interceptions on the season, including two games with two interceptions, and one interception in every other game. He leads the SEC in interceptions and should continue to rack them up as long as the Rebels are forcing teams to throw.

Well, the season has finally reached a point where four of the top five teams are all from the SEC West. Alabama gets the nod over Auburn for the final spot, but at this point either team has a strong case. Alabama came out on Saturday and completely dominated Texas A&M. After riding the coattails of Johnny Football for the last few years into both the SEC and the national spotlight, it is painfully obvious that the Aggies are not built to compete with the physicality of the rest of the Southeastern Conference. As a head coach, Kevin Sumlin is known for his high-powered offenses and their ability to score points in bunches. That philosophy works in the Big12 Conference, but in the SEC, defense is a necessity. The next good defense that Sumlin coaches will be the first.

Alabama dominated every facet of the game from the opening bell. The Crimson Tide defense was most impressive, shutting one of the nation’s most explosive offense out for all 60 minutes. However, the Alabama offense did not disappoint. They put up 35 points in the second quarter, and the Aggies had no chance to stop them. Saturday proved that the Alabama dynasty is not over until Nick Saban says it is.