After going 1-1 in yesterday’s games, I’ve set the bar pretty low for myself in today’s match-ups. Funny, because that’s what I’ve done with most of my Sundays when the Chiefs play — and they aren’t even playing this week for some reason. Not Alex Smith‘s fault!

The Colts finish the regular season with a record of 11-5; barely beating out the third-place, 3-13, Jacksonville Jaguars, for the AFC South title. The Colts get the 10-5-1 Cincinnati Bengals in this wild card weekend, a Bengals team that the Colts have made their bitch in 8 of their last 10 match-ups.

The red rocket, Andy Dalton will be short a weapon or two today as AJ Green has been ruled out due to a head injury and it looks like Tight End Jermaine Gresham, who has been nursing a back injury all week, will be a game time decision.

The Bengals have found a special player in rookie second round pick, running back Jeremy Hill, but this looks to be the highest scoring game of the weekend with the over/under set at 48.5 — so he could be a non-factor pretty quickly if this gets ugly in the first half.

With AJ Green and possibly Jermaine Gresham out, backup running back Giovani Bernard will need to step-up big in the passing game to keep this game respectable.

The offensive rankings are lopsided in the Colts favor outside of the running game, but as we talked about above, if the Colts can jump on Cincy quick, they will pretty much eliminate the one-two punch of Hill and Bernard and this could get ugly in hurry.

Andrew Luck leads the league with forty touchdowns on the year. He may double that in this game alone, which would probably break a few records but I’ll check on that later if need be.

You know the saying, Defense travels. Well, so does Dwyane Wade and nobody seems to give a shit about that. The Bengals finished dead last in the league in the sacks department with only 20 (Justin Houston laughs out loud, then prays.) So we can sit here and talk about how important it is for the Bengals to get pressure on Andrew Luck, but we all know that isn’t going to happen. I’m rooting for ya though, Bengals. Go team!

The Colts will be missing three of their offensive lineman in this game, along with running back Ahmad Bradshaw, who is actually a better blocker than Mike McGlynn. I don’t expect you to know who Mike McGlynn is, I just wanted to slip the slander in there.

With those key injuries, things might get interesting. But I doubt it.

I’m sure Andrew Luck will throw a couple of interceptions in this game — because only throwing one is for pussies.

Prediction: As a Chiefs fan, I know all about the playoff sadness, Bengals. Unfortunately your 23 years of sucking will be extended to 24. Sorry about ya.

Both of these teams had an incredible season, with the Detroit Lions finishing 11-5, while the Dallas Cowboys finished 12-5. Who’s ready for some Joe Buck and Troy Aikman?

I’m just glad these poor kindergartners across this great nation finally get to witness Americas team, in the playoffs for the first time in five years.

If there’s anything that is certain about this game, it’s that fans everywhere will be calling one of these quarterbacks a choker when the final whistle is blown.  Which is kind of what Jennifer Lawrence did on SNL last night. Choked.

Shut up Ames show us the charts!

The Dallas Cowboys are good at footballing on the offensive side. The one stat that is most impressive, that the chart doesn’t show, is the Cowboys third down efficiency. Only one other team ranks better in this department, with the Cowboys converting 47.3 percent of the time. That’s pretty much half the time if you ask me.

The Cowboys are one of the hottest teams in the league heading into the playoffs, averaging 41.2 points per game in the last four outings.

It’s a bit of a different story for the football Lions of Detroit. Stafford and the Lions offense have not looked very good over the past three weeks, with a large part of their issues coming from the offense line.

This is where the Lions make up for their struggles on offense. The biggest advantage the Cowboys have had all year long is their running game and Lions are the leagues best at shutting that shit down.

As we have seen in this weekends games — and in previous years — having a strong defense really changes everything about your playoff success. Most pundits think Dallas is going to run away with this game, but these teams are a lot more evenly matched than people realize. If the Lions are able to neutralize the Cowboys running game and make them one-dimensional I can see this going the Lions way in a close game.

If the Lions can’t stop DeMarco Murray and the Cowboys ground game,  Ndamukong Suh can always just step on someones leg and take control of this game himself. Relax it’s a joke. I think.

Prediction: Yeah the Cowboys are the hottest team in the league, especially on offense, but the Lions can stop the run, they can rush the passer and their offense has a lot of big-play ability. I’m going against the grain and picking the Lions on the road.

Thanks for reading. Let’s do it again sometime. 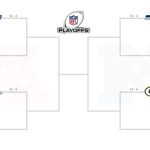 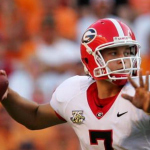